And Now for Something Completely Different…Young 128 project 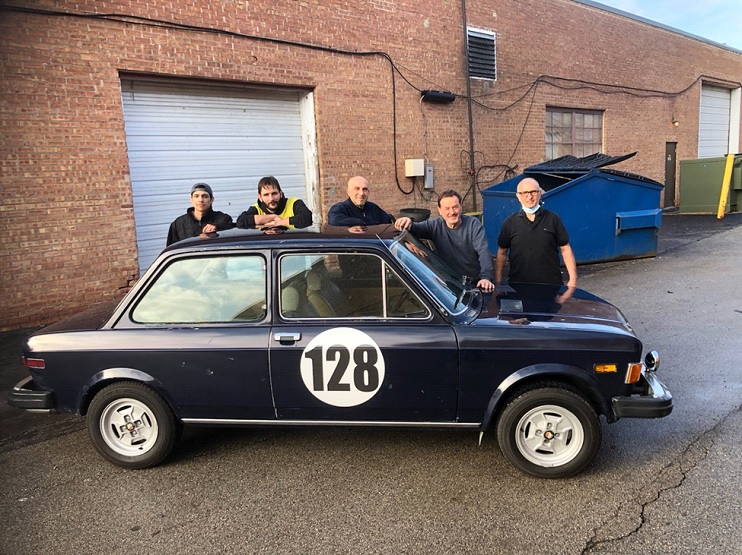 Fiat 128 models are like the old girlfriend from college you just can’t forget.
A few months ago, we got a phone call from an enthusiastic customer, hoping that we had a 128 Rally available for sale. He had one in his early twenties that he wrecked while racing a Datsun 240Z on a twisty, tree lined road. Unscathed, he was determined to own another someday. When we told him that we focus on Italian convertibles, there was a noted sigh of disappointment and plea for assistance in finding one to restore.

Mr. Young had a very specific vision of what he wanted his passion project to look like—and how he wanted it to drive. I explained that rust free 128 models of any version had become almost impossible to find. Undeterred and unwilling to compromise, we were given our marching orders and set out on our mission to find a Unicorn.
I was shocked to find several available on Ebay. Unfortunately, their history was sketchy and lipstick makeovers unappealing. Good from far, but far from good. What we were looking for was a dry, unmolested car at a reasonable price. This way we could build the dream 128 to his specifications without paying a premium for someone’s clouded vision and questionable work.
After calling our usual sources and scouring the internet we came up empty. We had almost given up the chase, when my son suggested I try Facebook Marketplace. Lo and behold was the perfect example—a nearly rust free, running and driving, original 1973 Fiat 128 coupe in Florida. The pot of gold at the end of the rainbow. After some spirited back and forth negotiating, we closed the deal and arranged for the car to be shipped up to our facility near Chicago.

A few weeks later the car arrived, and our team was impressed. The undercarriage and shock towers—always an area of concern, were pristine. Cosmetics needed attention, but were better than we expected. While unlikely to win a stop light Grand Prix, the car was tight and ran smoothly. We were ready for Mr. Young to fly in and inspect his car.
I picked him up at the airport, and he was barely able to contain his excitement. I can honestly say I was a little worried his memory of that sexy College girlfriend may have become a little exaggerated over the years. You see her again at the reunion, and realize she had an overbite and one leg slightly shorter than the other.
I could not have been more wrong. It was love at first sight—again. 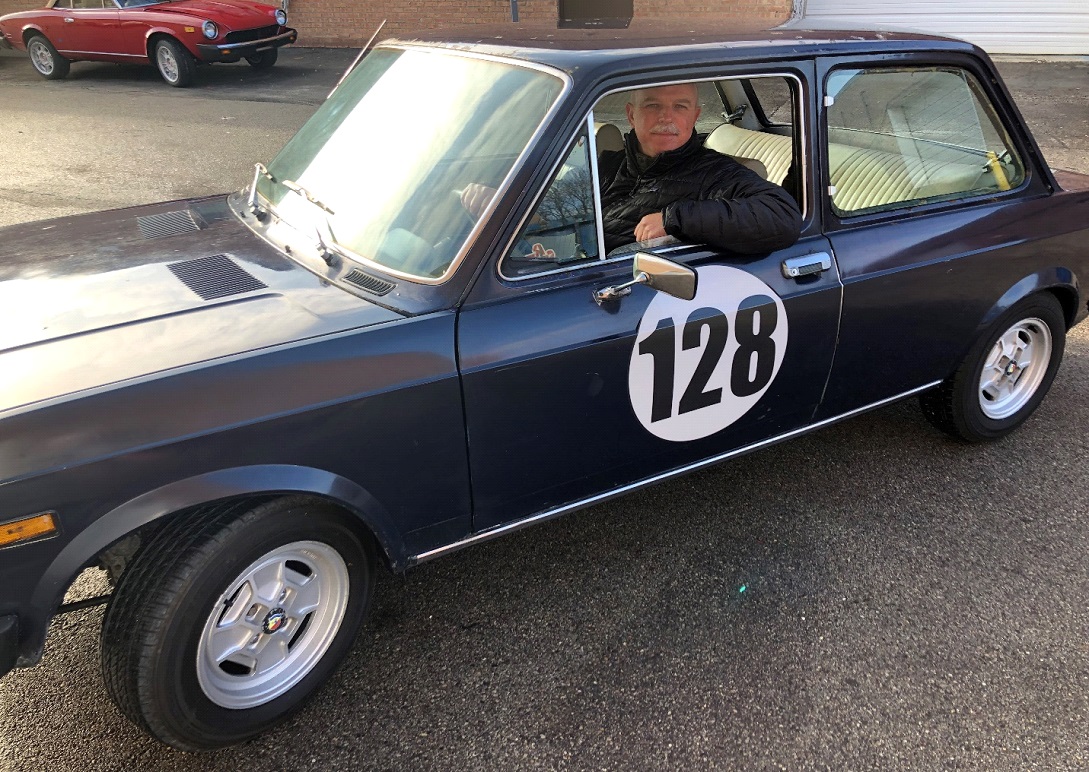 The car started right up (truth be told the guys had it warm and ready prior to his arrival). A few minutes behind the wheel and it was clear that Roadster Salon had hit a home run. Mr. Young felt exactly like his name implies, once more.

We’ll be chronically this build in our blog moving forward over the next year. Follow the journey as Mr. Young has some very cool plans for this little car, including a bare metal respray to Ferrari red, fuel injected 1500 cc performance engine swap, five speed and suspension upgrades and much more!