The First Place finisher was a 2016 Roadster Salon Spider Lusso S2—our original second generation prototype. Based on a 1983 Pininfarina Spider, the stunning Azzurra Blue exterior was beautifully complimented by a contrasting light tan interior and custom makore wood dash. Commissioned by Vince Bonanno in New Jersey, this stunning example was previously featured in several national photo spreads. It is currently being upgraded at our facility in Barrington. 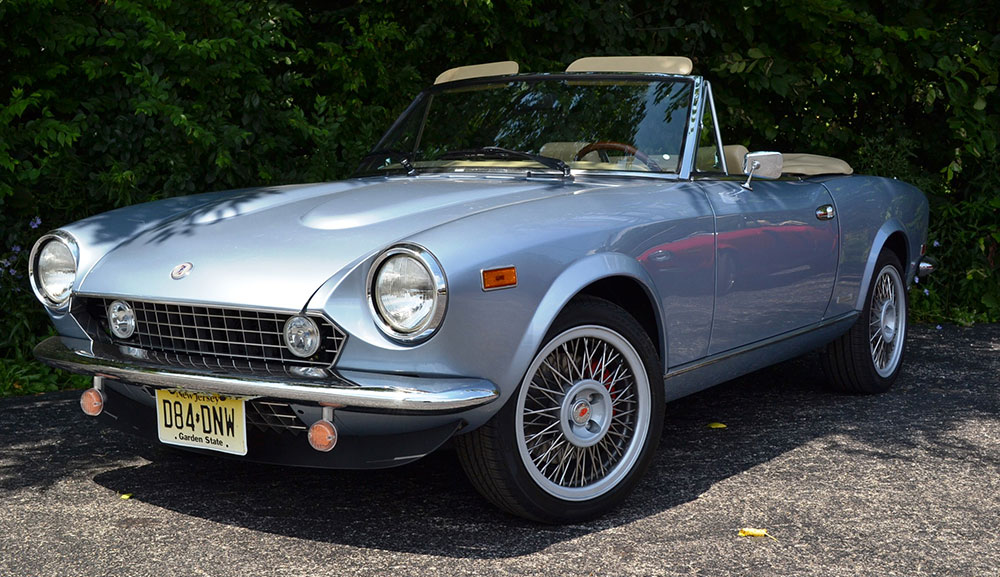 The Salon’s second entry was a 2016 Lusso S2 Speciale, owned by perennial show winner Nate Westgor. You may recall his Salon built 1985.5 Pininfarina has won numerous awards at National events, including several top honors at past Fiat and Italian car shows. The Speciale is one of three spiders Roadster Salon has built for Nate in the past five years. 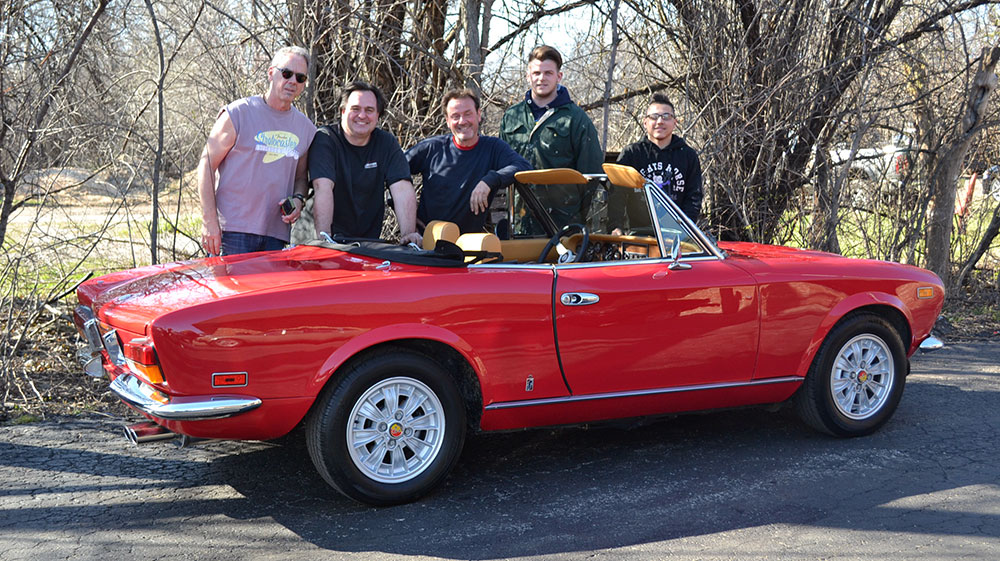 Based on a 1980 Fiat Spider, this Lusso is Nate’s daily driver. It featured several unique custom touches fashioned at his request—including rare vintage wheels and enhanced drive train. The flawless paint in traditional Ferrari red with saddle interior is an Italian car staple—and a crowd favorite. The exclusive grille work, light weight bumpers and custom suspension completed the look. Harkening classic Spiders from the 1960’s, Nate’s updated mechanicals make it perfectly agreeable with daily use. This lovely car is no one trick pony. Roadster Salon’s engineering upgrades make it equally at home on long trips as it is on back county roads. 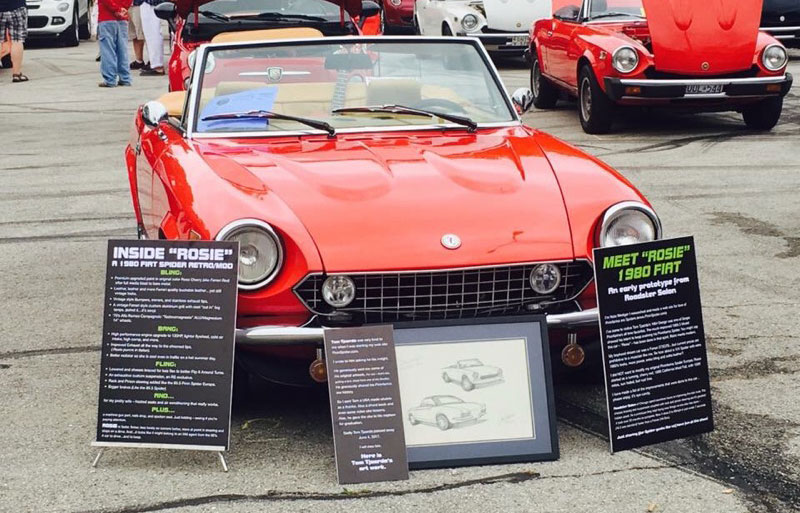 Missing from the event was Roadster Salon’s planned National introduction of their Tributo Spider—a new model based on their current Lusso S2. According to Roadster Salon’s Marketing Director Ray Marchica “We are really close. The prototype has been very well received and we are in the process of finalizing specifications and pricing. We think it is the best driving and most beautifully finished Fiat based Spiders we have ever built.” 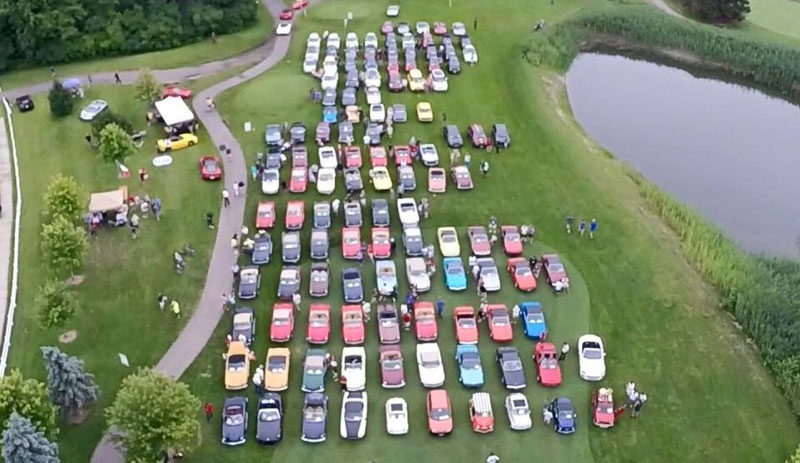