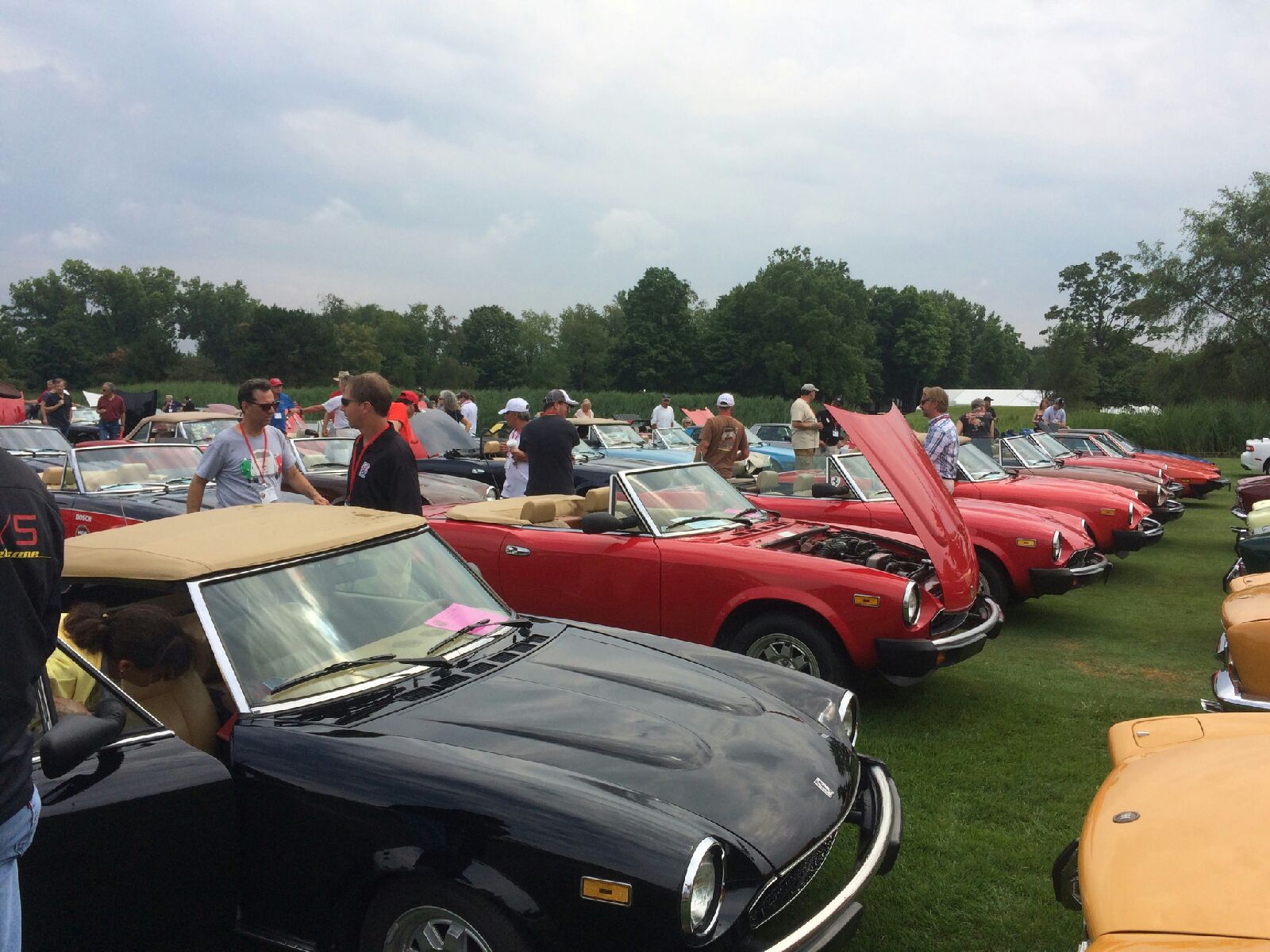 The Annual Fiat Freak Out show this July was co-sponsored this year by Fiat North America, and set at the lovely St. John’s Seminary Resort near Detroit. In conjunction with the Chrysler Museum, Fiat featured the debut of their highly anticipated 2017 Fiat 124. Reaction to the new 124 was mixed, as the car is based on the Mazda Miata and built in Asia using a Fiat sourced engine. Still, strong planned promotion for the new model will undoubtedly increase Fiat’s brand recognition and interest for Italian convertibles in general here in the US.

Rain did not dampen the spirits of the hundreds of Fiat enthusiasts who collectively traveled thousands of miles with their beautiful examples of traditional Spiders and other Fiat and Lancia models. Once again, Roadster Salon dominated the Pininfarina Spider category, winning best in show for the second straight year we have attended. Roadster Salon plans a much larger presence at the 2017 show next year in Milwaukee, intending to debut several new models of their own—including the “Spider Tributo” and second generation Ultimo S2”.